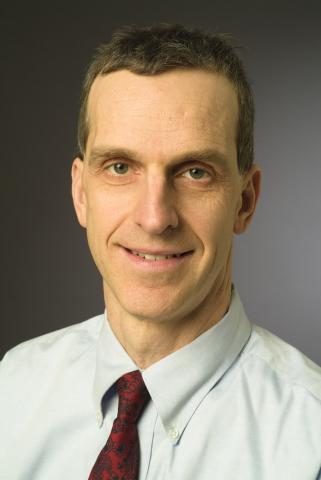 Dr. Donald A. Redelmeier
Road Deaths and the next US Presidential Election

The US presidential electoral process is remarkable for widespread spending, attention, conflict, and rhetoric. Whether the process has an immediate effect on public health has never been tested. Moreover, such a possibility rarely receives consideration when evaluating voter turnout statistics ranging around 50-60% of eligible Americans.

We studied all US presidential elections for the last 32 years, beginning with Carter in 1976 and ending with Obama in 2008. For each election, we analyzed the national registry of fatal crashes in the US, along with the Tuesday immediately before and after to calculate expected numbers of individuals in fatal crashes for the nation at the time.

Our main finding was that the average election leads to a 19% increase in the risk of a fatal crash during the hours of polling. This equaled about 24 people per election; was remarkably consistent across different ages and locations; and greatly exceeded the risk on New Years Eve, Super Bowl Sunday, or the chance of casting an pivotal vote.

We conclude that efforts to mobilize the population, along with America's reliance on motor vehicles, results in increased fatal crashes during US presidential elections. We suggest more safety advocacy by electioneers who encourage people to vote. Perhaps the US president, when elected in the aftermath of fatal crashes, might also give more thought to the 100 lives lost each day from crashes in the United States.

Dr. Redelmeier has published over 100 articles in the scientific medical literature. Some of his notable discoveries include ‘Association between cellular-telephone calls and motor vehicle collisions’ (NEJM 1997) and ‘Traffic-law enforcement and risk of death from motor-vehicle crashes: case-crossover study’ (Lancet 2003).

Dr. Redelmeier serves as Canada Research Chair in Medical Decision Sciences; Professor of Medicine at the University of Toronto; Director of Clinical Epidemiology at Sunnybrook Health Sciences Centre; staff physician in the Division of General Internal Medicine at Sunnybrook Hospital; and a Senior Scientist at the Institute for Clinical Evaluative Studies in Ontario.

Charles Spence BA MA PHD
Driving by the seat of your pants! A multisensory approach to capturing driver attention

The increasing availability of complex in-vehicle technologies means that ‘driver inattention’ constitutes one of the leading causes of car accidents. The question therefore arises as to how best to alert ‘distracted’ drivers to potential road dangers. The latest laboratory and simulator-based studies from the Crossmodal Research Laboratory in Oxford detailing a novel brain-based approach to the design of auditory, tactile, and multisensory warnings signals. The talk will highlight research demonstrating the potential for improving driver behavior in potentially dangerous situations and so reducing the incidence of road traffic crashes that such multisensory warning signals offer. Results of recent studies showing that multisensory stimuli can capture the attention of the driver in the simulator (and the average participant in the psychology laboratory) far more effectively than unisensory stimuli will also be described. The importance of spatial co-location in multisensory warning signal design will also be discussed, as will new evidence regarding the potentially beneficial effects of presenting warning signals in near-rear peripersonal space (i.e., from the headrest) on drivers’ head-turning responses.

Professor Charles Spence is the head of the Crossmodal Research Laboratory based at the Department of Experimental Psychology, Oxford University. He is interested in how people perceive the world around them. In particular, how our brains manage to process the information from each of our different senses (such as smell, taste, sight, hearing, and touch) to form the extraordinarily rich multisensory experiences that fill our daily lives. His research focuses on how a better understanding of the human mind will lead to the better design of multisensory foods, products, interfaces, and environments in the future. His research calls for a radical new way of examining and understanding the senses that has major implications for the way in which we design everything from household products to mobile phones, and from the food we eat to the places in which we work and live. Charles is currently a consultant for a number of multinational companies advising on various aspects of multisensory design, packaging, and branding. He has also conducted research on human-computer interaction issues on the Crew Work Station on the European Space Shuttle, and currently works on problems associated with the design of foods that maximally stimulate the senses, and with the effect of the indoor environment on mood, well-being, and performance.

Charles has published more than 250 articles in top-flight scientific journals over the last decade. Charles has been awarded the 10th Experimental Psychology Society Prize, the British Psychology Society: Cognitive Section Award, the Paul Bertelson Award, recognizing him as the young European Cognitive Psychologist of the Year, and, most recently, the prestigious Friedrich Wilhelm Bessel Research Award from the Alexander von Humboldt Foundation in Germany. 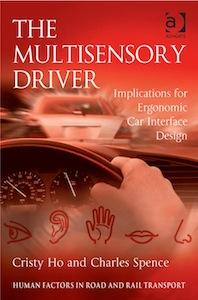